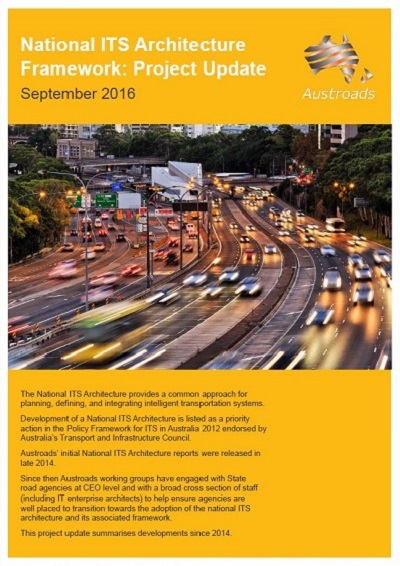 The National ITS Architecture provides a common approach for planning, defining, and integrating intelligent transportation systems.

Development of a National ITS Architecture is listed as a priority action in the Policy Framework for ITS in Australia 2012 endorsed by Australia’s Transport and Infrastructure Council.

Austroads’ initial National ITS Architecture reports were released in late 2014.

Since then Austroads working groups have engaged with State road agencies at CEO level and with a broad cross section of staff (including IT enterprise architects) to help ensure agencies are well placed to transition towards the adoption of the national ITS architecture and its associated framework.

This project update summarises developments since 2014.