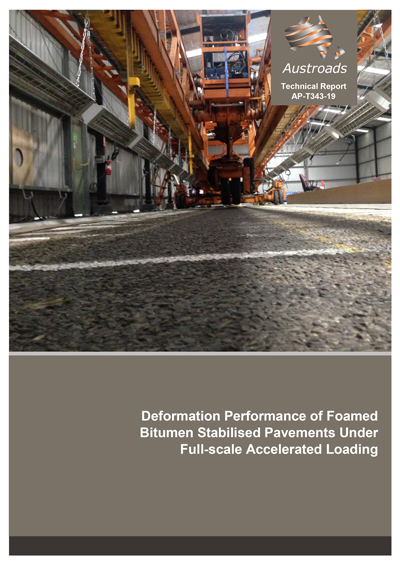 The main findings were:

The project concluded the overall good deformation performance of the foamed bitumen stabilised materials. Subsequent laboratory wheel‑tracking tests will be performed to confirm the finding at higher temperature.