The proposed intersection layout (Design 2) is shown in Figure E 6. It is similar to that of Design 1, with the exception of the following changes made to the North approach: 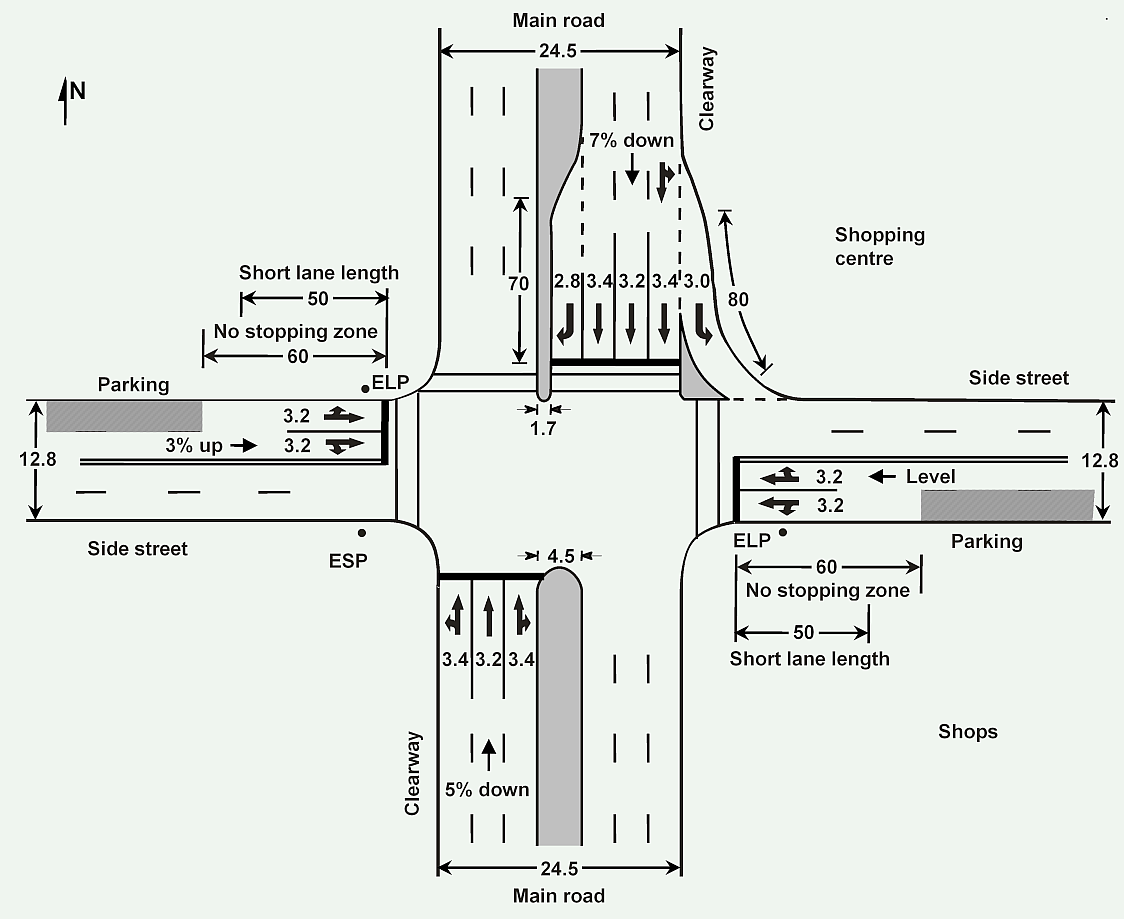 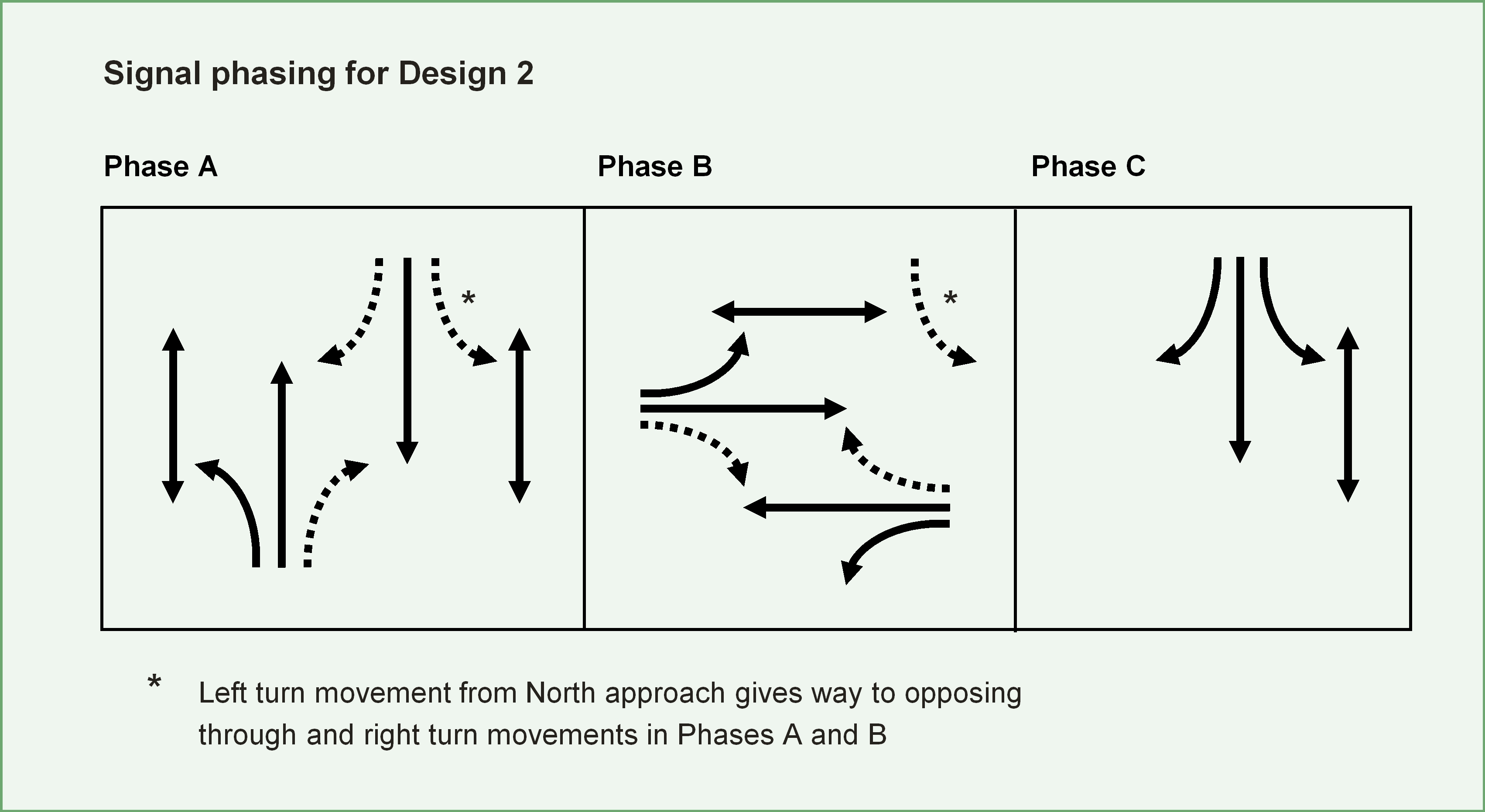 The left turn movement from north (slip lane) gives way to right turns from south in Phase A, and to through traffic from west in Phase B. This movement is designated as undetected, and therefore, will not affect signal timings.

The right turn movement from north receives two distinct green periods, namely unopposed during Phase C and opposed during Phase A, stopping during the intergreen time between Phases C and A. On the other hand, the through movement from north has a single green period although it runs during both Phases C and A (it is not stopped during the intergreen time between Phases C and A). However, if the design permitted Phase A to be skipped allowing signal control to change from Phase C to Phase B, then adequate clearance should be provided during Phase C for both the North Right Turn and North Through movements. This may require further consideration on a site‑by-site basis.

The intergreen time for Phase C is calculated on the basis of the conflict between the right turn movement from North clearing the intersection and the pedestrian movement in front of the West approach starting. Negotiation radius for this movement is measured as 15 m, and the distance is calculated as 24 m.

Minimum green times for Phases A and B are 8 seconds as in Design 1, and minimum green time for Phase C is chosen as 6 seconds (Table G 1). Minimum pedestrian time requirements are not changed as a result of the changes to intersection geometry.