Hazardous displays arise from failures in the mechanisms that switch power to the signal lanterns. These hazards can be minimised by interlocked switching and/or conflict monitoring.

The general principle is that if a signal group is showing green when it should not, then conflicting signal groups are forced to red, or are switched to flashing yellow.

Conflict monitoring is mandatory where solid state lamp switching is used. The circuits to the signal group colours should be monitored as closely as possible to the controller output terminals. The state of each circuit is compared with a table of conflicting signal groups specified in the personality so that unsafe displays are avoided.

A detailed study of the techniques used is beyond the scope of this Guide. Figure 6.13 indicates the acceptable, undesirable and unsafe lantern displays for conflicting movements shown on the respective axes. The adaptive engineering required is equipment dependent. 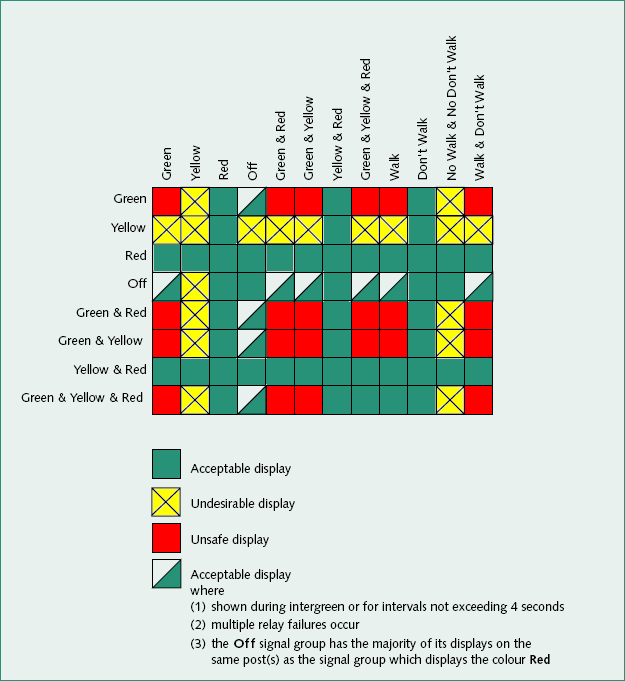