Figure 6.4 illustrates traffic signal operation from a system process viewpoint. Demands for traffic movements are identified through vehicle detectors, pedestrian push-buttons, and where relevant, externally supplied data from a master control computer. The signal system transforms traffic demands, in a manner determined by the controller algorithms and operational settings, into a sequence of signal displays.

The signal controller consists of a housing containing all the controlling hardware including a logic module and personality. The logic module runs the background software which monitors the inputs from detectors, communicates with the central master computer and drives the outputs to signal displays. Each controller has a unique program called a ‘personality’ which configures the controller to the specific operational design of the intersection or mid-block device it is controlling. The ‘personality’ is an erasable programmable read only memory (EPROM) containing site specific data such as the number of inputs and their function; the logic associated with each input; the number of different outputs and how they operate; and time settings. 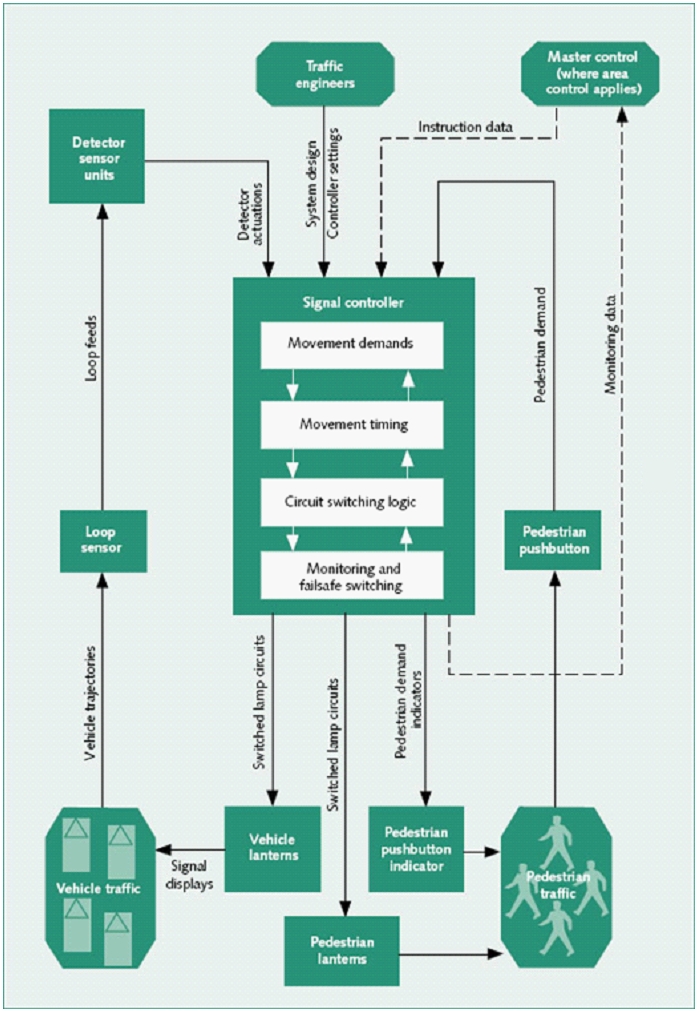