6.12.3 Intersections with More than Four Legs

An example of a five-legged intersection geometry and phasing arrangement is shown in Figure 6.23.

Figure 6.23: Example of intersection with more than four legs 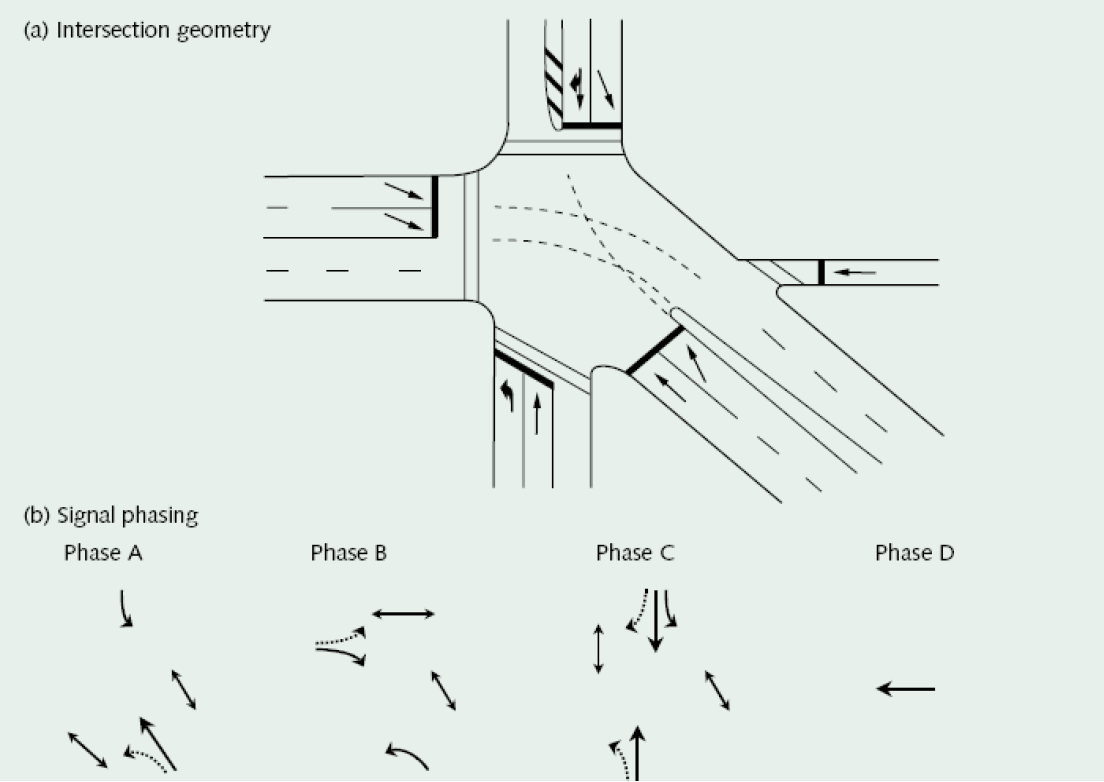 The complexity of signal design for such intersections depends on the number of conflicting vehicle movements. The main aim is to minimise the number of phases as much as possible by eliminating some of the conflicting movements. This may mean banning some movements by using regulatory signs, introducing one-way approach and one-way exit conditions, or introducing partial or total road closure. Where movements are banned, alternative routes should be available and may need to be signposted as such. In Figure 6.23, the east leg is a one-way approach, and the right turn movement from the west leg to the south leg is banned.

Signalised crossings may require special attention, depending on the vehicle movements permitted in the same phase, to ensure that there are no safety problems. The inclusion of signal‑controlled bus, bicycle, or tram lanes can further complicate the signal phasing for this type of intersection. Where possible these special vehicles should be controlled by normal vehicular displays.

For intersections where legs intersect at other than 90° angles, care needs to be taken to avoid the potential see-through problem, by ensuring that the green signals on one leg are not seen by drivers on an adjacent leg. For further guidance, refer to Part 10 of the Guide to Traffic Management (Austroads 2019d).