From a traffic operations viewpoint, tunnels require systems for:

They also require systems to control ventilation, lighting and communications, and fire and life safety systems, but these are outside the traffic operations domain and are not discussed here.

Incident management is critical within tunnels, requiring supporting incident detection, VSL systems and VMS. In major tunnels direct communication with road users is provided by radio rebroadcast systems which must be specifically licensed.

Note that failure of a tunnel ventilation system to maintain the specified air quality is regarded as an incident requiring an established incident management plan. This may involve either limiting the volume of traffic entering the tunnel or temporary closure of the tunnel.

Lane use management systems for major tunnels have the same elements as LUMS for other roads: detection systems, incident detection algorithms and lane control signals. A point of difference is that the lane control signals, where signal positioning and limited height clearance dictate, may comprise traffic signal lanterns showing down-pointing white arrow and red cross aspects (Part 10 of the Guide to Traffic Management) (Austroads 2019d).

In the event of a major incident in a tunnel it will usually be necessary to close access to the tunnel. This is achieved by a combination of:

Figure 7.5 shows a method employed at the Sydney Harbour Tunnel that has been effective in preventing access by over-height trucks. It comprises a water screen onto which is projected a laser generated display of a Stop sign. The water screen and laser projection are triggered by passage of an over-height vehicle beyond a detection point. 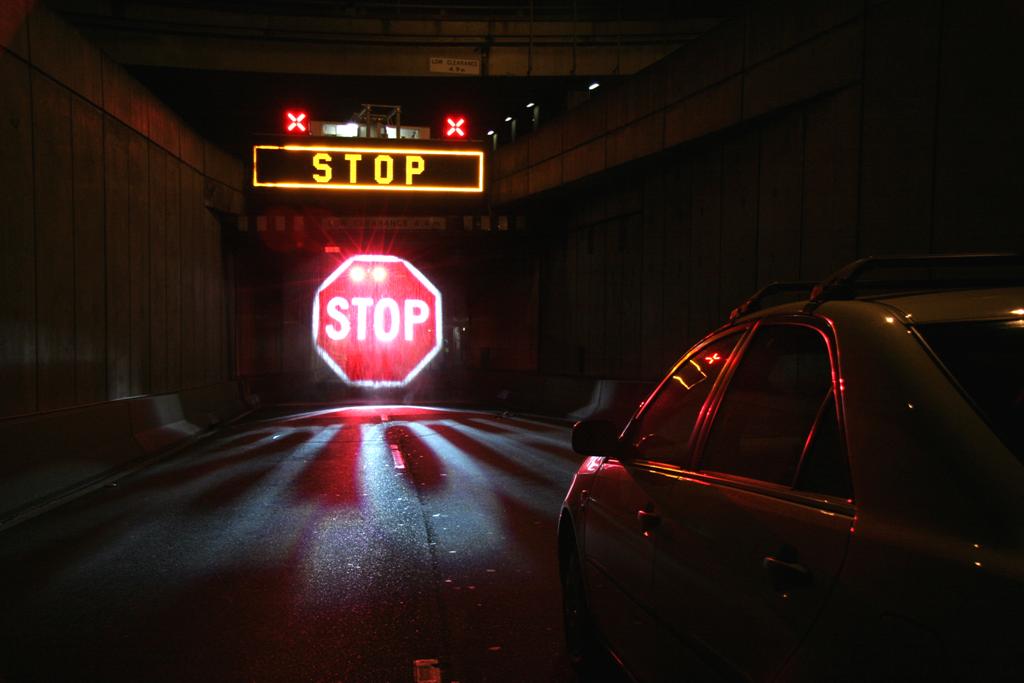