1. Calculate the total clearance time (in seconds) from:

2. Determine the durations of the Clearance 1 and Clearance 2 intervals (tc1 and tc2) from:

Where a median is wide enough to store pedestrians, a staged signalised crossing can be used. In this case, the crossings are treated separately, and the width of appropriate carriageway is used as the clearance distance for each crossing.

Where an exclusive pedestrian phase is provided at an intersection, the shortest distance between diagonally opposite corner kerb radii for the longest crossing is used as the clearance distance.

The pedestrian walking speed for determining total clearance time is usually 1.2 m/s. In some jurisdictions a walking speed of 1.5 m/s is adopted for the calculation of the Clearance 1 time provided that the flashing don’t walk display does not overlap into the vehicle intergreen period. A clearance speed of vpc = 1.0 m/s may be appropriate for sites with higher populations of slower pedestrians. 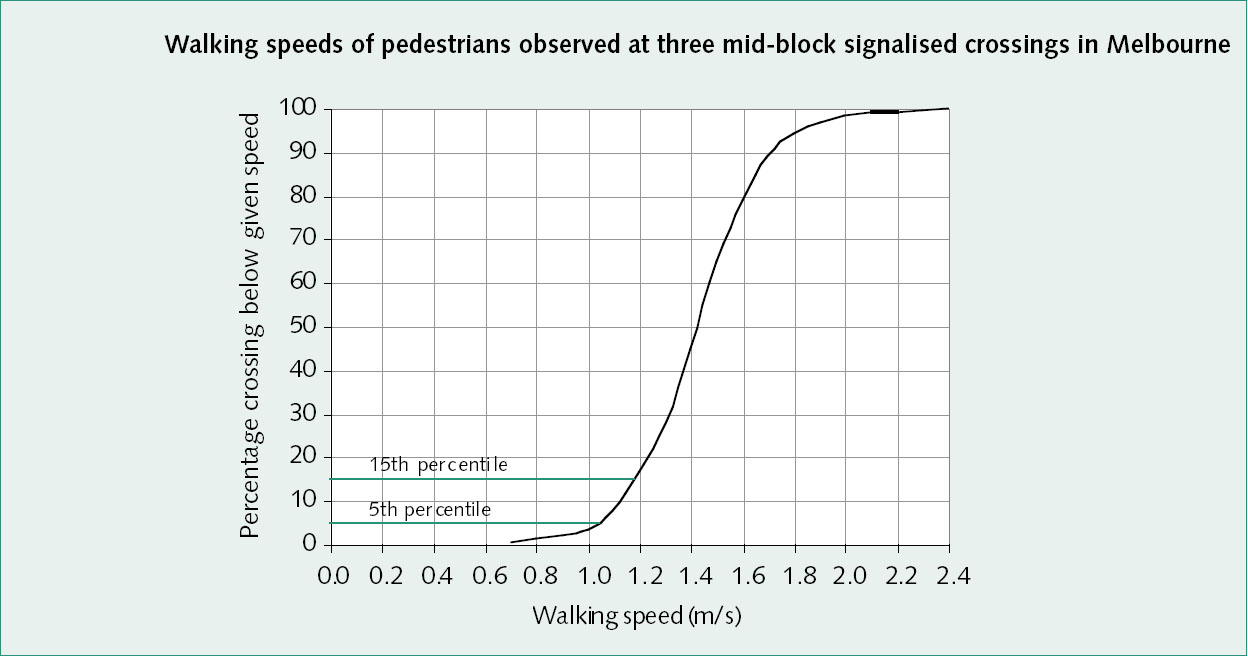