Developed through the application of the Movement and Place Framework and based on the network operation objectives, priorities around the use of the roads are developed for the various road users for each link and node in the network (Figure 4.4). These priorities need to recognise existing functional road hierarchies and road management arrangements. The road use priorities can be shown as a map which is sometimes referred to as a road use priority map or road use hierarchy map in some jurisdictions.

It can be useful to develop the road use priorities at two levels. The first level provides a simple, high level view of the strategic priorities on a road network. This can be shown as a map illustrating the most important road users on each link without reference to time and day. This high‑level view is often used as an engagement tool with stakeholders, the community or non‑technical groups. The second level is time-of-day and day-of-week road use priorities. These priorities differentiate direction of movement (e.g. inbound movements are given higher priority during the morning peak). Typically, road user group priorities are set for the following time periods:

The development of road use priorities should ideally aim to segregate priority modes onto separate links or different time periods. Where there are conflicting movement priorities in the same time period, then the relative importance of each road user group should be identified. 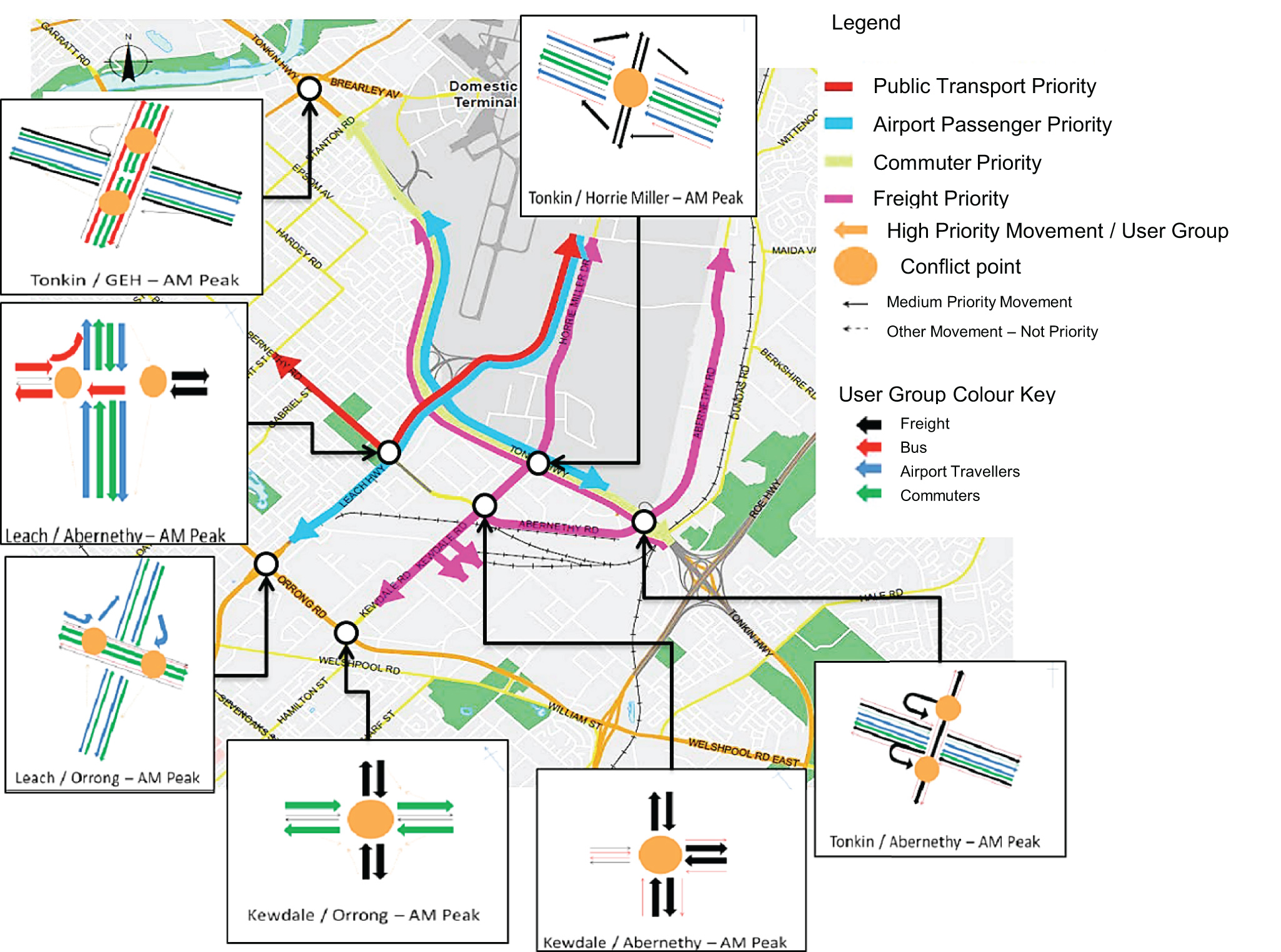