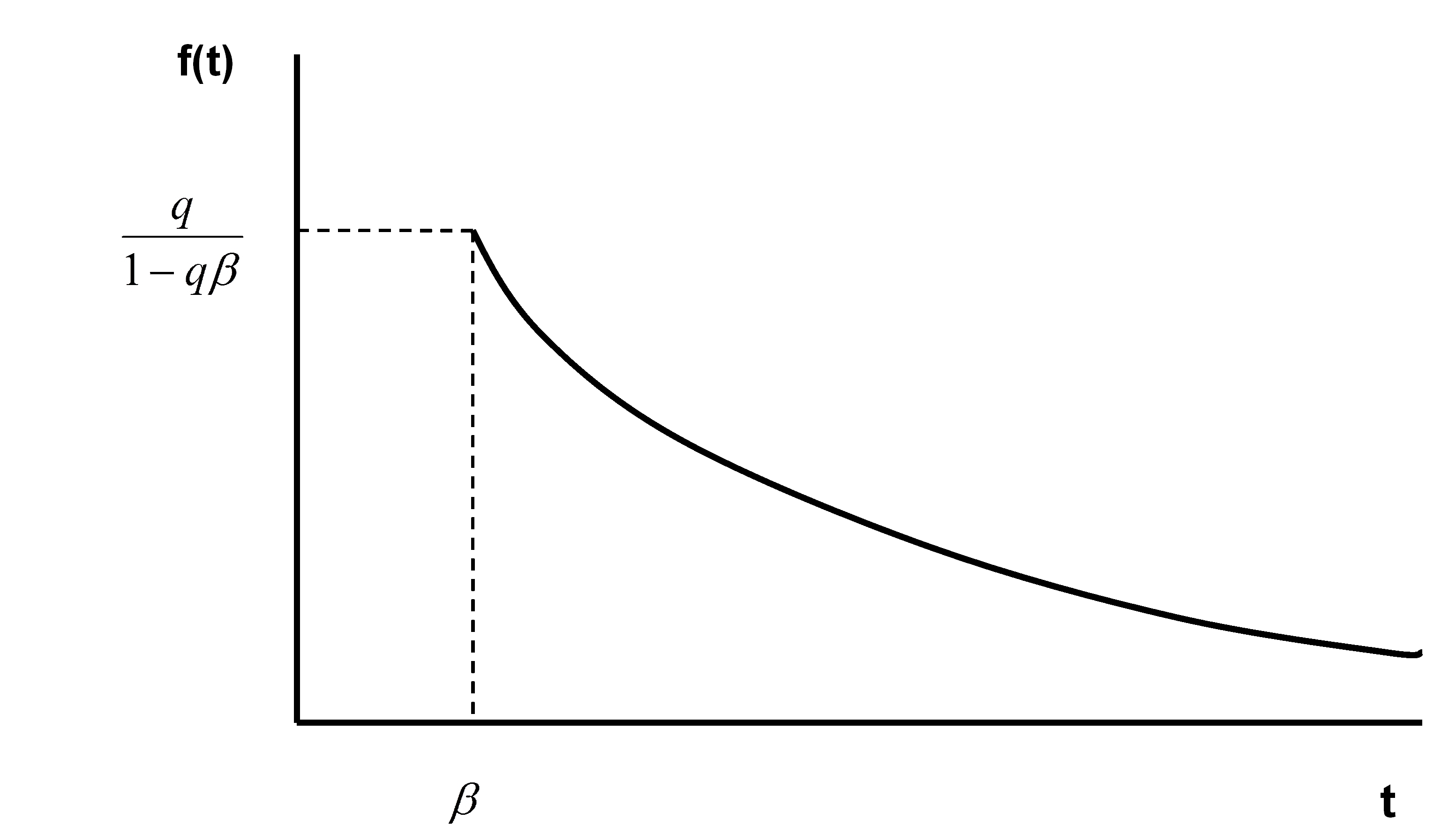 Derivations paralleling those used above for the standard negative exponential lead to the following results.

The average duration of headways greater than or equal to t, for \(t\ge \beta \) , is:

Note that Equation 3.28 gives an average headway of 1/q for all headways not less than \(\beta \).