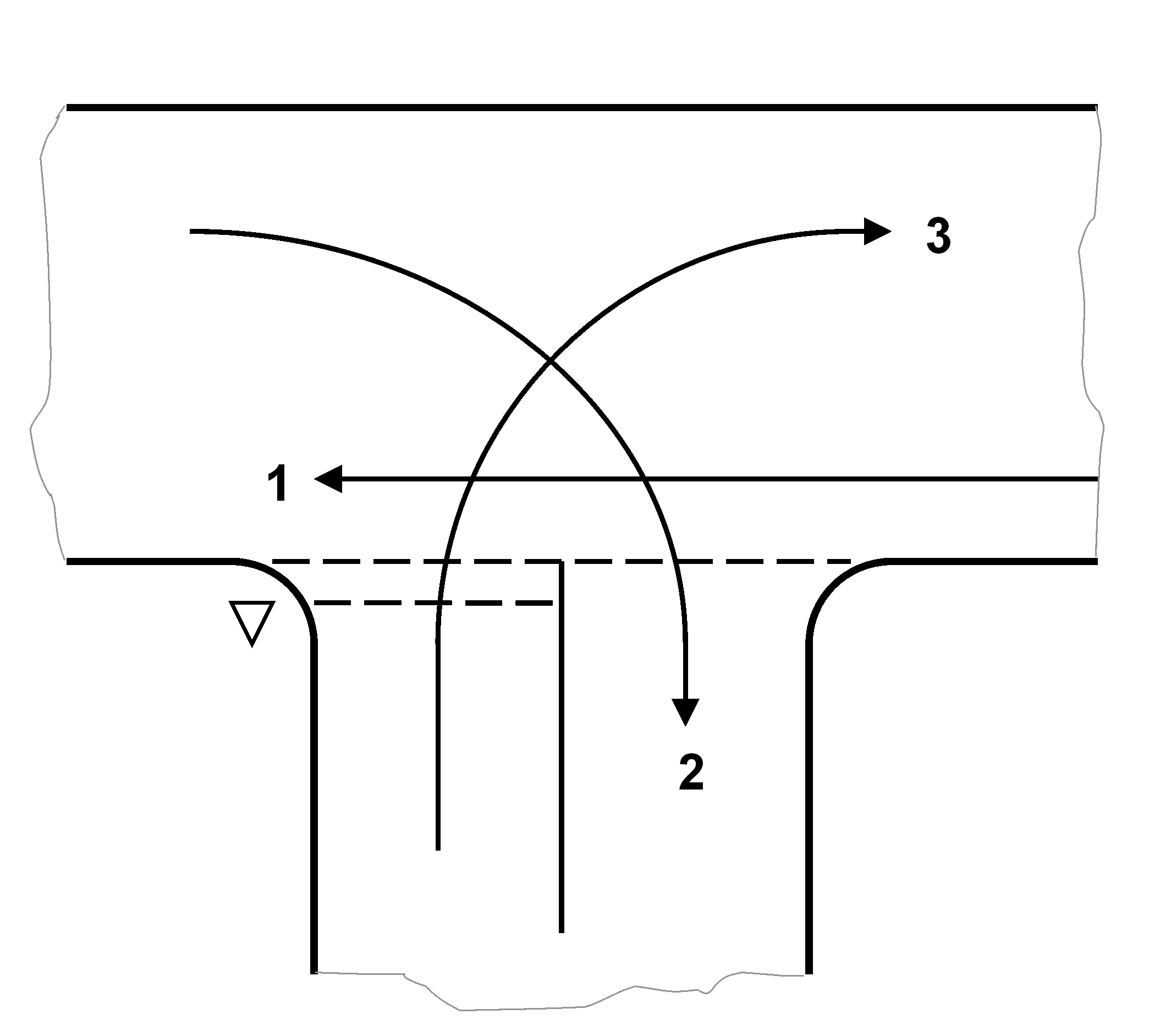 The example situation in Figure 6.1, with random arrivals assumed for both streams 1 and 2, is used in the following to illustrate how queuing and gap acceptance theory can be combined to develop a means of evaluating absorption capacities for lower priority movements. The method presented was taken from Bennett (1996).

The theoretical absorption capacity for the second-priority movement 2 in Figure 6.1 is simply calculated from Equation 5.14 as:

To calculate the theoretical absorption capacity for the third-priority movement 3, which must give way to both movements 1 and 2, observe that, for a stream 3 vehicle to be able to depart from the stop line, the following three conditions must apply simultaneously:

For random arrivals, the probabilities of these conditions applying at any time are the following:

Assuming independence of the above three conditions, the probability that all will apply simultaneously is the product of the individual probabilities in Equations 6.3 to 6.5, that is:

This probability is the same as the probability of a headway greater than or equal to T(3) in a traffic stream with random arrival of vehicles and volume qa, where:

The situation can therefore be considered equivalent to a simple gap acceptance situation in which a minor traffic stream with volume q3, critical gap T(3) and follow-up headway T0(3) must give way to a single major traffic stream of volume qa, as defined by Equation 6.7. Thus, for example, the theoretical absorption capacity for stream 3 would be calculated as:

The validity of the results obtained in the above example analysis has yet to be proven and this would probably be best accomplished by simulation of the assumed situation, over a range of traffic volumes and gap acceptance parameters. It is presented here as an illustration of how the combination of gap acceptance and queuing theory may be used to address more complex problems.