There are major climatic variations throughout Australasia from alpine conditions in the Australian and New Zealand Alps to the extreme temperature conditions found in the desert regions of central Australia (Figure 2.3). Rainfall patterns range from the high rainfall experienced in the north of Australia (Figure 2.4) and the west coast of New Zealand to the extremely low rainfall experienced in the arid regions of Australia. 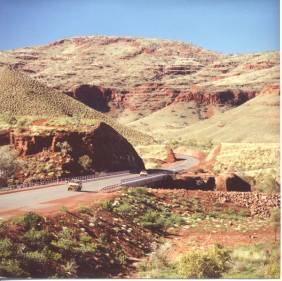 The life of sprayed seals is influenced by climate including such effects as seasonal temperature variation, moisture change in pavement materials and binder oxidation at high temperatures. These factors will influence both the type of treatment and frequency of retreatment. Rainfall may also influence the choice of treatment to achieve particular texture levels without compromising waterproofing.

Australia’s climate has warmed, and the duration, frequency and intensity of extreme heat events have increased across large parts of Australia (Bureau of Meteorology 2016). As a result, bituminous binders typically used in the past may not function as optimally as they have previously.

Development of adhesion between binder and aggregate is substantially reduced in cool or damp conditions, which can lead to early aggregate loss and seal failure. Weather conditions at the time of undertaking work are therefore extremely important. Weather conditions also influence the amount of care required in preparing and precoating of aggregates, use of cutter oils and adhesion agents, effect of modified binders and after‑care of the completed work.

To reduce the risks of failure associated with sealing in cool weather, works should be programmed to be undertaken only in warm, dry condition, particularly for roads with high traffic volumes, single/single seals, PMBs and geotextile reinforced seals.