The concept of an aggregate particle tending to lie with its least dimension vertical is central to the volumetric design of a sprayed seal. 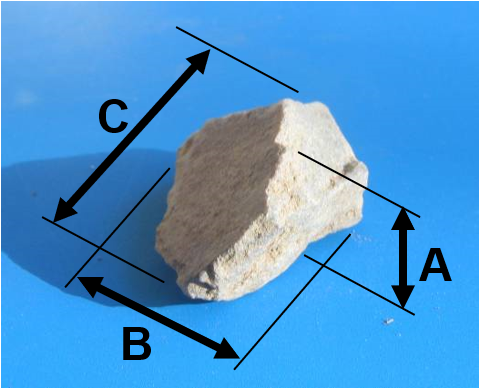 ALD can be determined by:

It is poor practice to use assigned or nominal values of ALD for a particular nominal size of aggregate. ALD of individual aggregate samples can vary by up to 17% within normally specified ranges of grading and flakiness index, resulting in an equivalent variation in the design rates of basic binder application and aggregate spread rate. It is thus important to separate aggregate at stockpiles with significantly different ALDs (> 1.0 mm) and monitor the ALD of aggregate stockpiles regularly within a sufficiently comprehensive sampling scheme to progressively evaluate whether seal design changes are warranted.