Appendix B 6.1 Principles of Gyratory Compaction

The equipment needed to produce gyratory compacted specimens must conform to AS 2891.2.2.

During gyratory compaction, the asphalt mix is subjected to shearing forces. This is achieved by the application of a constant vertical compressive force to the asphalt confined in a cylindrical mould while the mould is simultaneously rotated about its longitudinal axis through a small angle, inducing shearing and rearrangement of the aggregate particles. The small angle is maintained throughout the compaction process which is terminated when either a set height or a set number of cycles is achieved.

Procedures described below refer specifically to the Gyropac although general principles also apply to the Servopac.

Figure B 4: Gyropac and ancillary equipment with computer attached to a PC to automatically record the compaction process 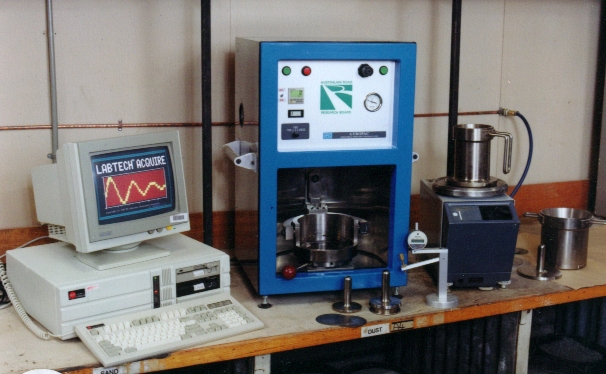 Figure B 5: Servopac connected to a PC 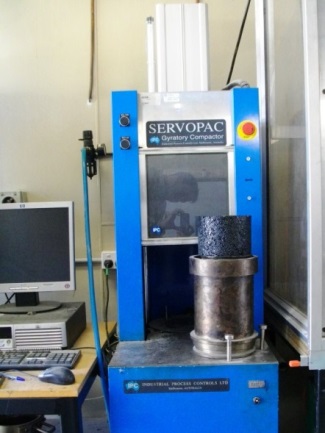