The principle of gyratory compaction is illustrated in Figure 4.6. Compaction is achieved by shearing forces obtained by the application of a constant vertical compressive force to the asphalt confined in a cylindrical mould while the mould is rotated about its vertical axis through a small angle. The angle should remain constant throughout the compaction process. 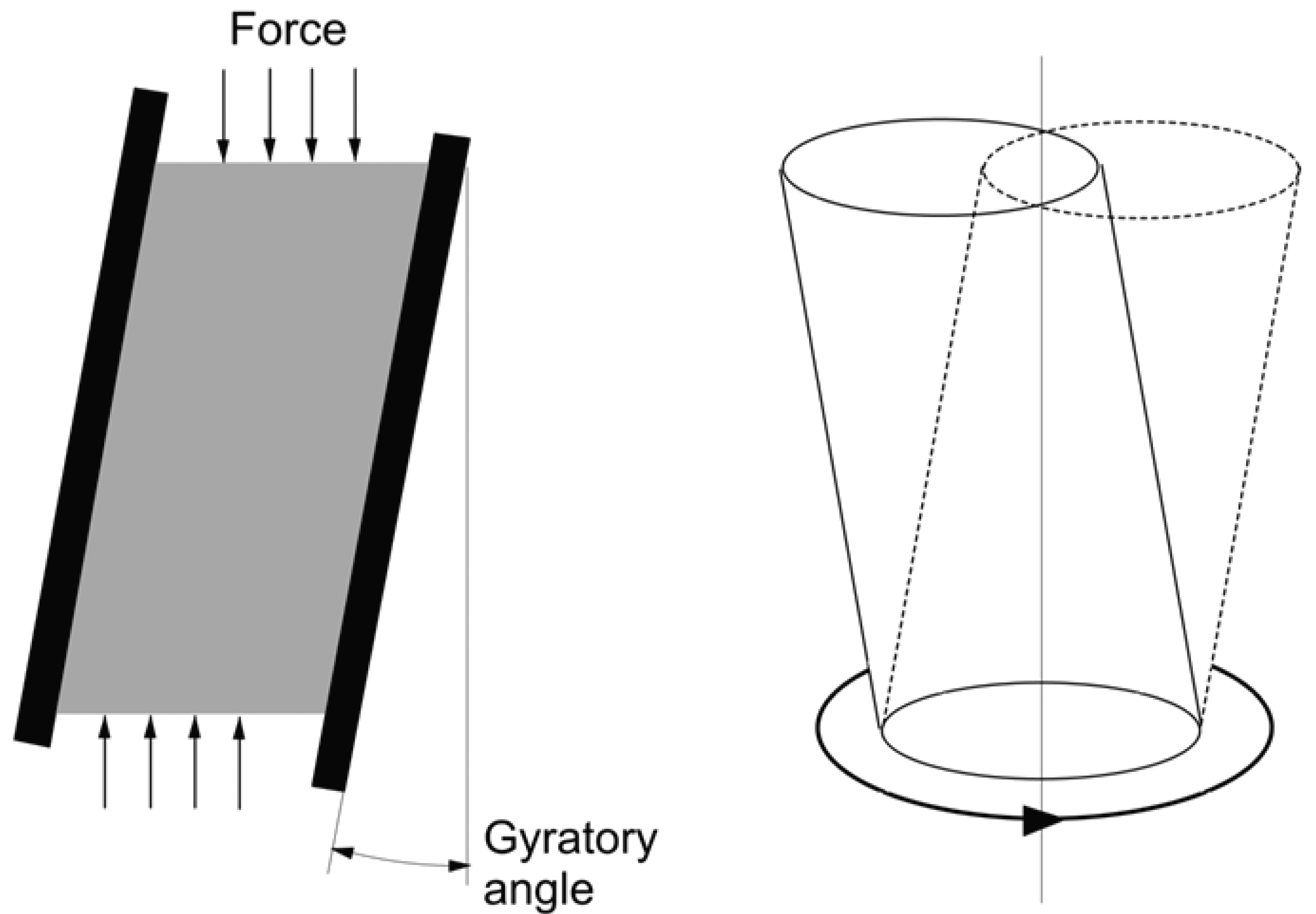 Compaction can be terminated after a set number of cycles or at a set height representing a predetermined volume and density of asphalt. Monitoring the height of the cylinder during the process enables the density to be estimated at different numbers of cycles. This data can be used to determine density at different compaction levels and provide an indicator of mix workability.

Two forms of gyratory compactor are commonly used in Australia and New Zealand, the Gyropac and the Servopac. Both are considered suitable for mix design and production testing, subject to the requirements outlined in AS 2891.2.2. The Gyropac (Figure 4.7) is used for routine mix design and monitoring tests. The Servopac (Figure 4.8) is a more advanced version that includes more options and greater control over the compaction process that make it suited to both routine design and research applications. The Servopac generally achieves increased compaction per cycle over the Gyropac and therefore lower air voids.

Voids and density properties are determined as described in Section 4.3.

For routine mix design, the level of compaction depends on the traffic level as follows: 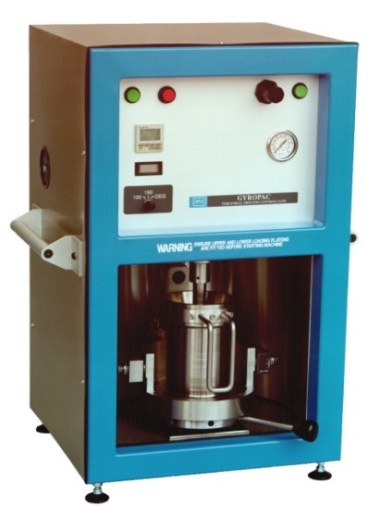