6. Improving the Resilience of Road Infrastructure

As outlined in Section 4, the road transport sector is a key area that contributes to climate change by way of increasing GHG emissions in the atmosphere. However, the transport sector is in turn itself affected by climate change. Whilst, transport systems are designed to withstand typical weather patterns, impacts arising in the near and longer-term can affect the efficiency of transport operations and ability of infrastructure to withstand extreme events outside the ‘typical’ threshold. In order to address these impacts on infrastructure (Austroads 2010c), network operations and hence the ability for end users to effectively utilise assets, increased focus is required on climate change adaptation and implementation of more resilient measures into road construction and maintenance.

The Intergovernmental Panel on Climate Change has defined resilience as ‘a system's ability to anticipate, absorb and recover from a hazardous event in a timely and efficient manner’. As a result, the need for infrastructure to be resilient is of fundamental importance globally. In the face of natural disasters, climatic challenges and security threats, the resilience of infrastructure, and the wider implications for transport, planning and emergency relief are critical components which decision-makers need to address. Resilience also plays a key role in maximising the economic, social and environmental aspects of reliable transport infrastructure and network operations.

With extreme climatic events increasingly identified as posing a significant risk to road infrastructure, more resilient solutions are sought which involve the integration of cost-effective techniques into decision‑making processes. Significant investment in investigating the need for more adaptive responses to extreme events has been made through the TMR National Assets Centre of Excellence (NACOE) program on the life‑cycle costing of rain and flood events (forthcoming), and work in 2008 on developing a climate change framework (Evans et al. 2008; Evans et al. 2009).

The first project involved a review of pavement management, maintenance and rehabilitation practice to decrease exposure to damage in a cost-effective manner. This project involved analysis of the life‑cycle costing implications of rain and flood events in Queensland through a series of case studies. These were representative of a range of typical pavements across the network, in order to calculate the life-cycle cost implications of two alternative funding scenarios, and to compare these results to the best-estimate of actual network life-cycle costing. This included providing some insight into the funding levels required to enable desirable levels of service to be achieved. This is detailed further in Case Study 4.

The second project was developed to assist decision-makers in determining appropriate investment priorities, planning for infrastructure works and developing climate change responses. The climate change framework enabled assessment of the short- and long-term impacts of climate change on road infrastructure and network operations across events such as temperature changes, changes in precipitation, rising sea levels, and increased storm activity. It also provided a phased approach to the identification of critical and vulnerable infrastructure, development of possible adaptation strategies and integration of risk management considerations into project planning and project evaluation (Evans et al. 2008 & 2009).

Further work is being conducted by the NACoE program to provide the tools for enhanced understanding of the climate change risks, vulnerability, criticality of infrastructure and management strategies for the allocation of budgets towards the most effective solutions. This work is directly related to the International Climate Change Adaptation Framework for Road Infrastructure developed by the World Road Association (PIARC) (2015). This PIARC Framework was developed to guide road agencies through identifying relevant assets and climate variables for assessment, identifying and prioritising risks, developing a robust adaptation response and integrating findings into decision making processes. Further work is being undertaken to further refine this Framework by PIARC. This NACoE project is directly related to this work and seeks to overlay the PIARC Framework to the Queensland context and develop an updated climate change adaptation framework, and further integrates the Queensland and Australian case studies into the refinement of the PIARC Framework.

The rain and flood events across Queensland, Australia between 2010 and 2013 showed that the road network is more exposed to damage from such events than desirable, with between 23% and 62% of the state-controlled network closed or with limited access over four consecutive summers. Road pavements were heavily impacted through extreme overland flow of floodwaters and long periods of inundation, saturating and weakening vulnerable pavements across many regions. As a result, an unprecedented program of repair and reconstruction took place across the state, with a shared funding arrangement between Commonwealth and state governments investing in excess of $6 billion across the road network (Beecroft et al. 2016). Additionally, responding to extreme events is dependent on the resilience of the transport system as a whole process. This involves consideration of the preparedness, robustness, recovery and adaptation of infrastructure to extreme climate events (Evans 2017).

It is acknowledged that infrastructure vulnerability is not a new concept and is directly correlated with El Niño and La Niña events. For example, in Queensland, between 2010 and 2013, El Niño events have been followed by strong repeated La Niña events. As illustrated in Figure 6.1, these have impacted both humid coastal areas and semi-arid inland areas leading to very significant infrastructure damage.

Historically, works programs were focused on highest priority treatments, which in some cases resulted in an overall deterioration in network condition over time, as measured by indicators such as roughness and seal age. Strategic timely maintenance and rehabilitation programs are now thought to be preferable.

A research study in response to the events has analysed the life-cycle costing implications of rain and flood events in Queensland. This has been undertaken through a series of case studies under three different strategies; a base case mirroring actual experience with a limited rehabilitation and maintenance budget, a ‘stitch-in-time’ approach with reduced intervention thresholds and reduced event impacts, and a ‘full resilience’ approach incorporating extensive reconstruction and a vision of full flood immunity. It was found that adopting a stitch-in-time approach across the rural highway network may require a small increase in funding, but will deliver value-for-money treatments and a more progressive program of works, providing stability for industry rather than the ‘boom-and-bust’ cycle of major programs (e.g. waiting for an event to occur has a larger impact on society). Impacts to the community can be avoided through the estimation of measurable benefits. 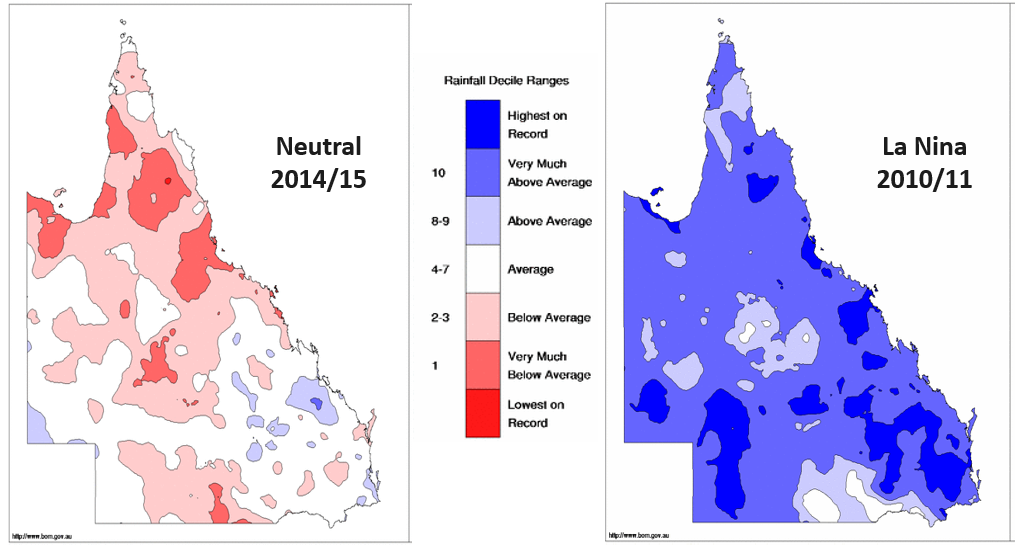 Additionally, progress has been undertaken internationally with particular reference to developments in Europe in the area of climate change adaptation and resilience. Australia, through ARRB, is contributing to the United Nations Economic Commission of Europe (UNECE) Experts on Climate Change Adaptation Working Group, the International Road Federation (IRF Geneva) and involvement in national projects at BASt, Germany.

As noted in Section 5.2, the European Commission has launched, within the Horizon 2020 (H2020) Program, several initiatives to reflect on the necessary development of cross-modal transport infrastructure. Within these initiatives, a range of adaptation measures are also considered, which have cross modal capabilities. A key example of climate change adaptation measures which have been implemented, which in turn improves the resilience of roads is a ‘temperature-controlled pavement’ concept is being investigated within the FOX Maintenance Work Package (within the ‘Preventative maintenance’ category). The concept has been investigated in the USA, Japan and Germany. For example, a prototype bridge has been fitted with this technology in Germany. The benefits of this technology include the possibility of energy harvesting in the summer months. The energy can either be stored as thermal energy and subsequently be used for heating in the winter or it could be directly converted to electric energy. Additionally, there are benefits for infrastructure and customers/road users (Bruiser et al. 2015).

Adaptation measures are being implemented in Australia as a result of recent and more frequent floods, bushfires and cyclones. These include a range of hard and soft engineering solutions at a range of levels such as improved flood defences, surge barriers and complete rebuilds to prevent future occurrences. For example, in TMR, foam-bitumen stabilisation technologies have been successfully applied to improve the resilience of pavements and reduce maintenance costs following flood inundation and cyclones. The existence of sufficient and effective maintenance of drainage is also important. Furthermore, certain conditions are seasonal and have led to management strategies which account for this. Climate resilience can also be provided in different ways because the circumstances differ and should be aligned with the nature of the problem. There has also been action to improve resilience of infrastructure.