As highlighted in Austroads (2014), data compiled by the Australian Bureau of Agricultural and Resource Economics (ABARE) indicated that, while the demand for primary aggregates in Australia fluctuates with economic activity, it has been increasing commensurate with population growth over the past four decades, as shown in Figure 2.1. While the quarrying of aggregates reduced considerably during the recession in the early 1990s, consumption has been increasing steadily since 2000. In 2011 about 103 million tonnes (Mt) of new materials were quarried for use as construction and maintenance materials, including roadworks (new construction, pavement rehabilitation and resurfacing). This represents about 4.5 tonnes per capita per year (Austroads 2014). 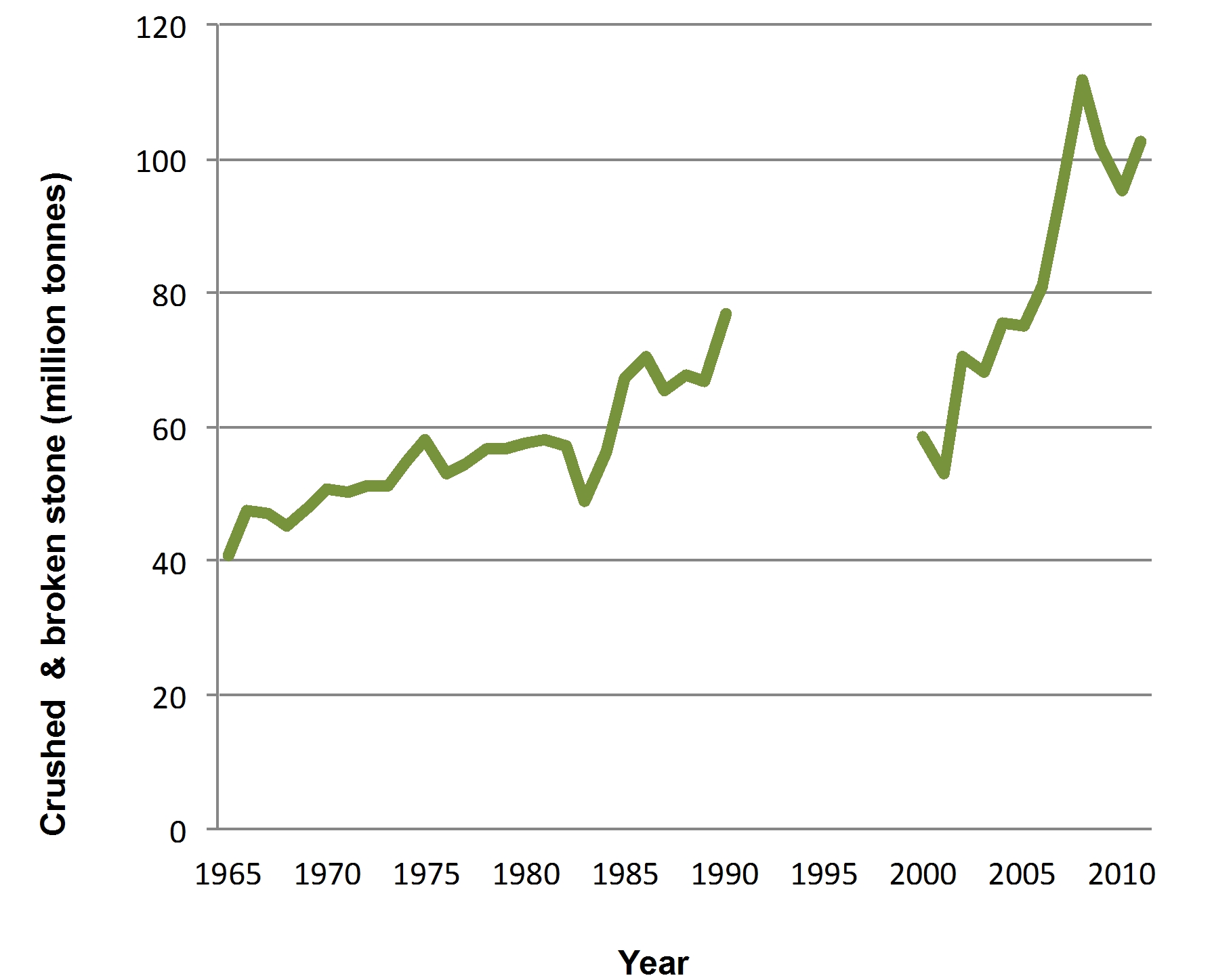 *Data for WA is underestimated because quarry production is substantially under-reported to the Department of Mines and Petroleum. The data series between 1991 and 2001 could not be included due to several States not reporting during this period (Austroads 2014).

It was noted in Austroads (2014) that the demand for materials is interconnected with major infrastructure projects (construction and maintenance) that are initiated as a result of natural disasters. For example, Queensland’s use of aggregates increased by approximately 30% (from 33.4 Mt to 44 Mt per annum) between 2010 and 2012 after the cyclones and floods, and in response to the increased development of coal and coal seam gas infrastructure (Australian Bureau of Statistics 2014). Production peaked in Victoria in 2010–11, most likely reflecting the last of the Australian Government’s school building program, coupled with the reconstruction of roads and other infrastructure after the Black Saturday bushfires in 2009 and major flooding the following year (Department of Environment and Primary Industries 2012).