Intelligent transport systems (ITS) include:

Development of a National ITS Architecture is listed as a priority action in the Policy Framework for ITS in Australia 2012 endorsed by Australia’s Transport and Infrastructure Council.

Austroads has completed Stages 1 and 2 of this initiative by establishing Australia’s reference National ITS Architecture (NIA), its associated Framework (NIAF) and Roadmap for its further development. To maximise its usability the NIA content has been released in a number of industry standard file formats.

The architecture will enable Australian transport agencies and industry to deploy ITS in a consistent, interoperable way and deliver road safety, mobility and environmental outcomes for road transport users including private, freight and public transport modes.

Stage 1 also developed a Context and Vision and an initial Business Architecture (incorporating the reference, functional and service models).

Austroads is progressing the NIA and NIAF in accordance with an ITS Architecture Roadmap and Transition Planning for road agencies to inform the future customisation of FRAME content for local requirements. The Roadmap (current version shown below) will soon be updated to reflect the findings of the final stage 2 projects. 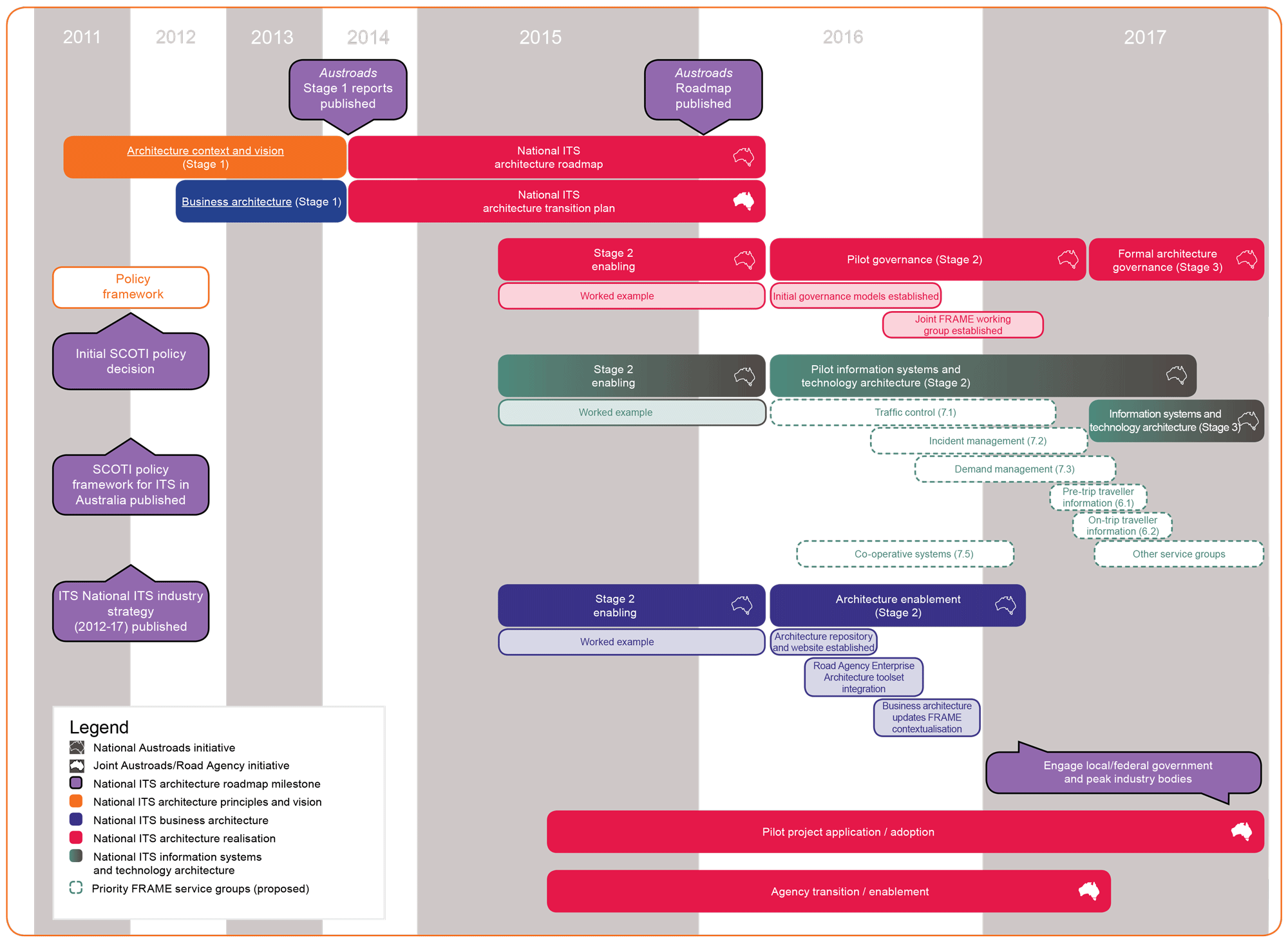 The NIA content meta-model below conveys the touchpoints between NIAF, FRAME and TOGAF architectural elements.

Stage 2 projects also mapped the alignment of these elements in greater detail as illustrated below. The report National ITS Architecture Stage 2 Module 2: Mapping FRAME Content to TOGAF details this work. 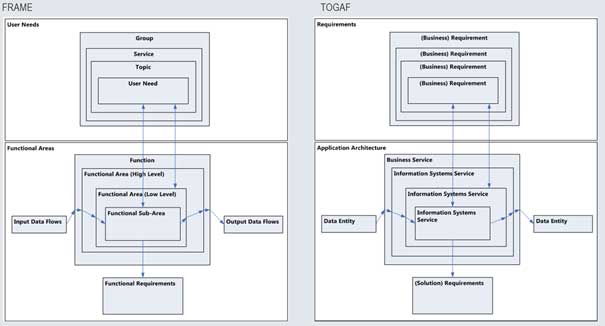 Alignment of FRAME to NIAF (TOGAF)

The need for a national ITS architecture is even more critical with the potential emergence of Co-operative ITS (C-ITS) applications such as “emergency brake light” between vehicles, and intersection safety between vehicles and infrastructure. In this respect, C-ITS will open up the next frontier of ITS to enhance safety, productivity, efficiency and environmental benefits beyond what has been currently made available through ITS.

A number of Austroads’ member agencies are already leveraging NIAF and an increasing number of industry partners are also expressing interest in its application. Stage 3 projects are planned to establish formal NIAF governance mechanisms, and prioritise extension of the current FRAME content for Australia’s context.

National ITS Architecture: Context and Vision